By A Well-Fed World

In their most dire climate report to date, the UN’s Intergovernmental Panel on Climate Change (IPCC) has urged a switch to plant-based diets as the single most important shift individuals can make to halt the course of climate warming and prevent the most catastrophic impacts.

For the first time in 34 years since the United Nations convened the body of global climate experts, the IPCC’s new report focuses on the importance of demand-side mitigation potential; that is, the crucial role individual choices can play in urgently needed emissions reductions. They group these choices into three categories of action: Avoid, Improve, and Shift.

Transforming the Food System Is Key 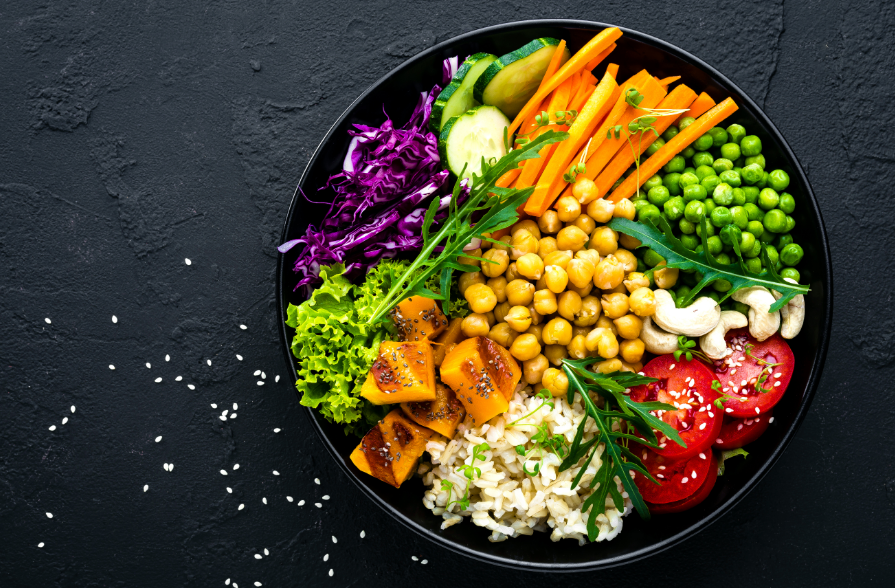 While emissions from the energy sector have long received the bulk of attention in both the media and in policy recommendations, emissions from the food system are a major contributor that scientists say we can no longer ignore. A 2021 study published in Science warned that if global fossil fuel use were halted immediately and all other emissions were eliminated, greenhouse gas emissions from food production alone would make it impossible to limit warming to 1.5°C, overshooting the carbon budget by the middle of this century. Even keeping warming below 2°C would be difficult if not impossible without major dietary shifts, the scientists urged.

IPCC scientists agree. They note that since the Industrial Revolution, global greenhouse gas emissions have reached a cataclysmic 2,400 billion tons, with a whopping 42% of those emissions occurring after 1990, and 17% in the ten years between 2010 and 2020. At current emission rates, in less than a decade we will surpass the remaining carbon budget that would keep global warming to 1.5°C, the level at which scientists say we’ll have a mere 50-50 chance of averting the worst impacts of the climate crisis.

To keep 1.5°C within any scope of feasibility, global emissions must peak by 2025, the IPCC report says. If current emission levels persist, we are on a trajectory toward an apocalyptic 3.2°C by 2100.

While half a degree, or even a difference of two degrees, may sound small, scientists say each increment of warming spells fundamental– and irreversible– disaster for life on our planet, from increasingly lethal and widespread heat waves, unprecedented global crop failure and resulting famine from more intense drought and flooding, ecosystem collapse from the Amazon rainforest to the Arctic, and entire cities and coastal regions disappearing under rising seas.

“I don’t have words to explain,” former UN climate secretary Christiana Figueres commented. ‘Concerning’ is not enough. This is frankly a terrifying report.” Unsurprisingly, the meat and dairy industries continue to ramp up efforts to greenwash the most climate-disastrous foods. Proponents of so-called “regenerative” grazing, for example, say all that is needed is better production methods, but this flies in the face of actual climate science. Global methane emissions reached their highest levels in the past year, according to the National Oceanic and Atmospheric Administration. Animal agriculture is the largest human-caused source of methane in the United States, with grazing cattle and other farmed ruminants contributing the vast majority of these emissions.

Methane traps significantly more heat— 86 times more than CO2— in the atmosphere over a 20-year time frame, which is why products from grazing animals, such as beef, dairy, and lamb, are ranked as the worst foods for climate. At the same time, it stays in the atmosphere for a much shorter time, leading experts to say that slashing methane is now our single greatest and quickest strategy for slowing down warming by 2040.

The UN has previously noted, “Improving production methods and reducing methane emissions from livestock could reduce emissions by up to 1.44 Gt CO2e per year, but much greater reductions could be achieved by shifting to healthier and more sustainable diets with a higher proportion of plant-based than animal-based foods, which could avoid emissions of up to 8 Gt CO2e each year.”

The new IPCC report reiterates this, stating: ‘In addition to climate mitigation gains, a transition towards more plant-based consumption and reduced consumption of animal-based foods, particularly from ruminant animals, could reduce pressure on forests and land used for feed, support the preservation of biodiversity and planetary health, and contribute to preventing forms of malnutrition (i.e. undernutrition, micronutrient deficiency, and obesity) in developing countries. Other co-benefits include lowering the risk of cardiovascular disease, type 2 diabetes, and reducing mortality from diet-related non-communicable diseases.” 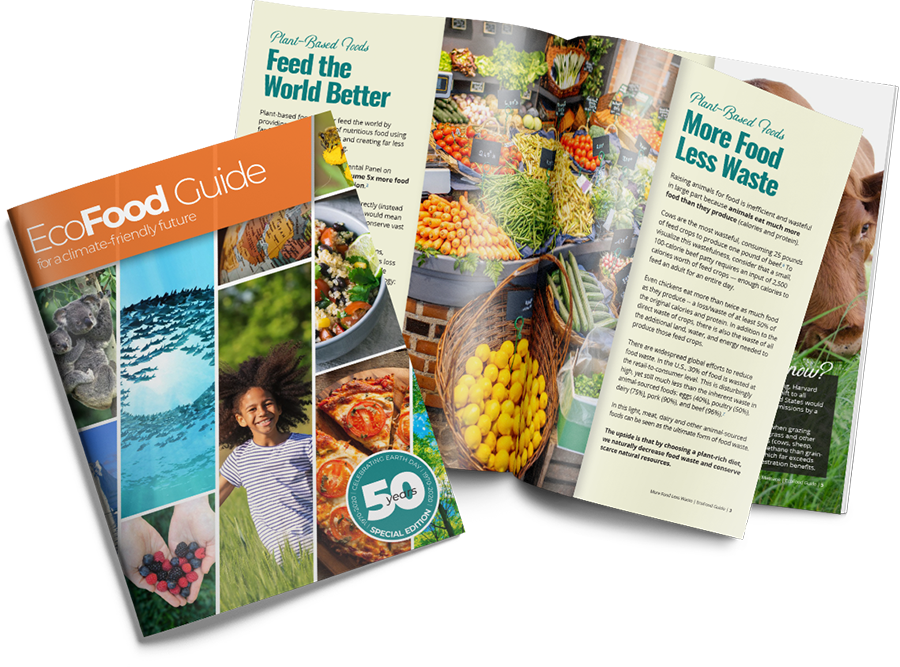 Visit EcoFoodGuide.org to download your PDF and/or pre-order a free printed copy. You can also read it in a fun, reader-friendly flip-book form.

And learn much more about the greenwashing of grazing at our new companion website, GrazingFacts.com.