our projects that help animals 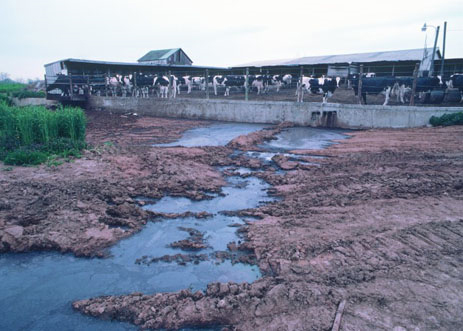 The immense demand for meat and other animal products (such as dairy and eggs) is typically met through intensively-raised animal agriculture known as concentrated animal feeding operations (CAFOs) or factory farming.

Below are descriptions of standard operating procedures for these intensive farming systems that are responsible for the vast majority of animals raised for food — more than 98% in the United States.

Smaller, mixed farming systems are gaining in popularity but do not negate the need to reduce per capita and aggregate meat consumption (more on mixed farming).  While some of these smaller “humane” systems treat animals better before slaughter, many still leave egregious practices in place and their animals still contribute to global warming.

There is significant concern that smaller farm systems cannot meet current and growing demand for animal products, thus minimizing U.S. and global meat consumption is a benefit to the food system in general. 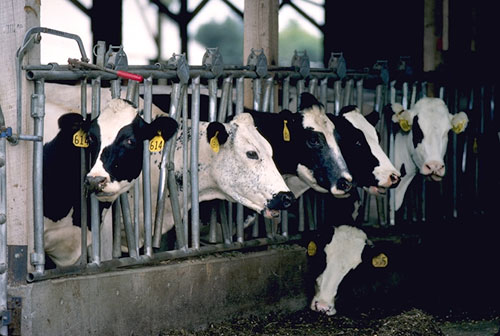 Cows and steers raised for beef are typically confined in feedlots that can pack together thousands of animals (Food and Water Watch). These animals may have little or no protection extreme weather conditions. They may be castrated, de-horned, and/or branded without the aid of painkillers.

Cows raised for milk (dairy cows) also spend much of their life severely confined. Twice a day or more, they are attached to milking machines. Some are injected with bovine growth hormone to boost milk production. 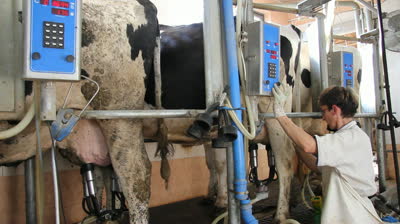 To maintain milk production, cows are continuously impregnated in what the industry calls “rape racks.” The newborn calves are removed from their mothers immediately after birth to prevent a drop in milk production in the mother. 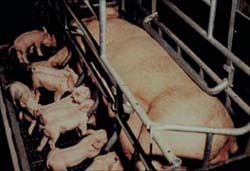 Breeding sows are repeatedly impregnated and kept in cramped metal gestation crates, which do not allow them to turn around. They give birth and nurse their litter of 10-12 piglets in farrowing crates, nearly as cramped as the gestation crates. The natural nursing period of 12 weeks is cut to 2-4 weeks, so that the sows can be impregnated again. After 3-4 years, they are sold for slaughter.

Approximately 20% of the prematurely weaned piglets die of stress and disease. The survivors are tagged and castrated without anesthesia, then placed in stacked wire cage “nurseries” and fed a synthetic milk replacer. When able to eat solid food, the piglets are transferred to crowded pens, where they are kept for six months, then slaughtered. More than 120 million pigs are killed for food in the U.S. each year. 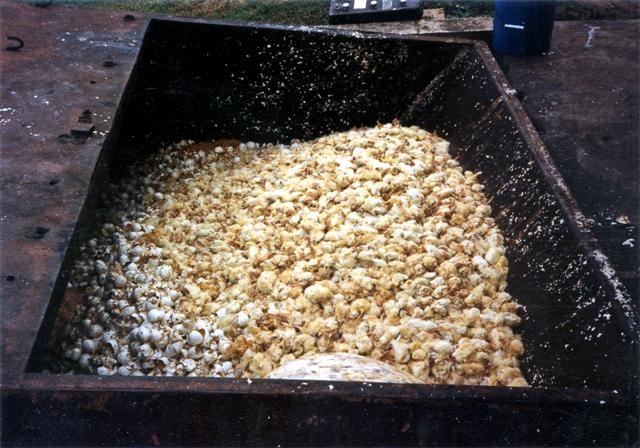 Male chicks (who won’t lay eggs) are typically macerated (ground alive) or dumped into plastic bags left to suffocate. The females have the tips of their beaks seared off with a hot iron to prevent the stress-induced pecking of other hens.

They are crammed 5-7 birds into wire-mesh cages the size of a newspaper page stacked on top of one another. The birds must stand on a sloping wire-mesh floor, which cuts their feet, while the wire-mesh walls rub off their feathers and bruise their skin. 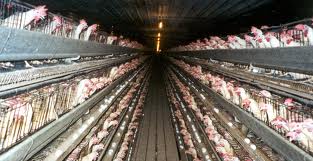 When the birds are about 15 months old, they are ‘force-molted,’ which entails keeping them in low lighting and feeding them a low-calorie diet for seven to 14 days, which stresses their systems and increases egg production for about six more months. Afterwards, they are sent to slaughter. More than 450 million chickens are killed for eggs in the U.S. each year. 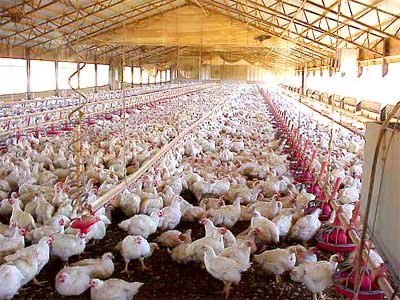 Chickens raised for meat are generally crowded into large sheds that can hold tens of thousands of birds. Because they are bred to gain weight quickly, many birds are crippled by their own weight and unable to walk.

Over time, the building fills with the poisonous stench of hydrogen sulfide, ammonia, and methane. After seven weeks, the chickens are transported to slaughter. About 9.5 billion chickens are killed for meat in the U.S. each year. More than 300 million turkeys (U.S.) are raised under similar conditions and slaughtered for meat. 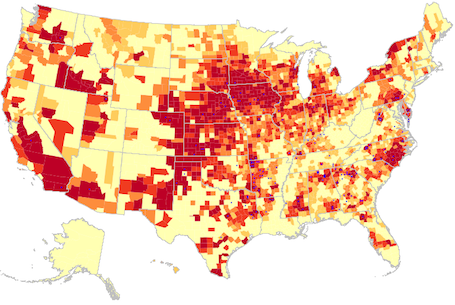 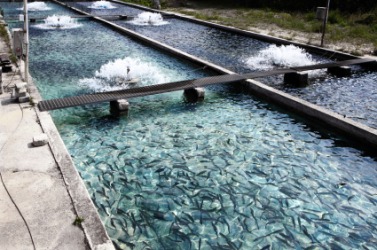 Today’s commercial fisheries use massive ships and advanced electronic equipment and satellites to track the fish. They kill hundreds of billions of aquatic animals every year, far more than any other industry. In the past 50 years, 90% of large fish populations have been exterminated.

More than 30% of fish and other aquatic animals consumed each year are now raised in ‘aquafarms’ — up to 40% die in the aquafarms before farmers can kill them for food.

Fish slaughter plants in the U.S. make no effort to stun fish, who are fully conscious and suffocating when they start down the slaughter line. Large fish, such as salmon, are sometimes bashed on the head with a wooden bat, and many are seriously injured but still conscious when they are cut open.

For more info — Fish Feel and Free From Harm In addition to the land animals directly killed for human consumption, hundreds of thousands of wild animals (prairie dogs, coyotes, wolves, mountain lions, bears, bison, and others) are exterminated to keep them from interfering with agricultural operations. Similarly, tens of millions of starlings and blackbirds are poisoned each year to keep them from eating animal feed.

An even greater threat to wildlife is posed by the destruction of their habitats. Animal agriculture turns hundreds of acres of forest, wetlands, and other habitats into grazing and animal feed crop land.