Leading NGOs, policymakers, and international institutions have historically acknowledged the destructive impacts of animal agriculture, but have been reluctant to advocate reduced consumption or ameliorative policies.

Fortunately, that appears to be changing. In the last few years, in the face of increasingly urgent warnings from climate and environment scientists, numerous high profile environmental organizations have begun calling on consumers to reduce or eliminate meat and dairy consumption. They promote a shift to more plant-based diets as one of the most important personal actions people can take to help the environment, climate, and wildlife.

In honor of Earth Day 2019, here’s what just a few of them are saying. 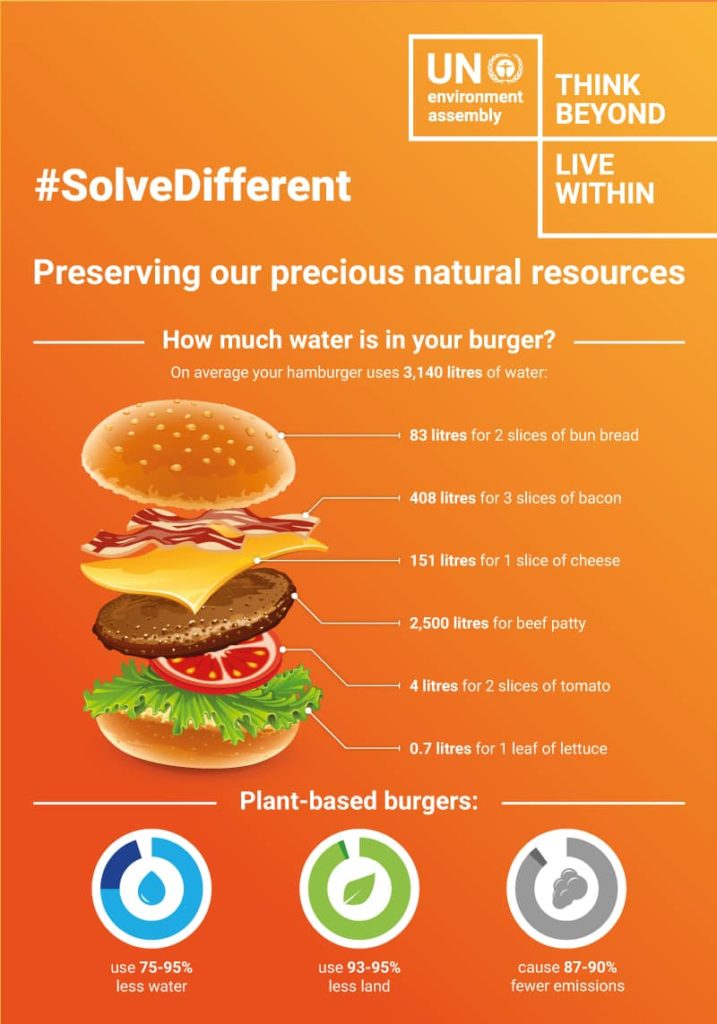 In 2010, The United Nations published a report, Assessing the Environmental Impacts of Consumption and Production, in which they concluded that meaningfully reducing agriculture’s contribution to global food insecurity and climate change “would only be possible with a substantial worldwide diet change, away from animal products.”

Nine years later, their public messaging catches up with their research with the launch of their #SolveDifferent campaign, which encourages consumers to make choices that “use resources more efficiently and sustainably” in all areas of consumption. Among the three actions they encourage individuals to take that will have the greatest impact are shorter showers, less driving and more bicycling, and choosing plant-based foods over more resource intensive animal-based foods, noting:

“Roughly a third of the planet’s arable land is used for livestock feed. To halt deforestation, water shortages and pollution from feed cultivation… commit to eating less meat and getting [your] protein from beans and pulses.”

Alongside the report, they launched their Less Is More campaign, calling for a 50% global reduction of meat and dairy consumption (especially in high consuming countries) and a significant increase of plant-based food production and consumption by 2050.

In a statement about the campaign, the Executive Director of Greenpeace International said:

“Something is rotten in our food system. Governments continue to support massive meat and dairy operations, leading to more and more meat consumption while putting our health, our children’s health, and the health of our planet at risk. Instead, they should be supporting the increasing numbers of farmers shifting towards ecological production of healthy foods, and helping people access healthy plant-based foods.”

In 2019, the Greenpeace International website encourages a plant-based diet even more strongly, noting: “Switching to organic, plant-based foods from local eco-farms, reducing (or eliminating) meat and dairy consumption, and even growing some of your own food are all steps that help combat climate change, protect forests and waterways, and make us healthier and happier.”

In late 2017, the World Wildlife Fund— (now called the World Wide Fund for Nature outside of Canada and the U.S.)— published a report, Appetite for Destruction, focused on the devastating impacts of meat and dairy production to wildlife species and ecosystems. The report says animal product consumption is responsible for 60 per cent of all biodiversity loss, in large part due to the clearing of land to grow crops for animal feed. The report urges consumers to “Eat more plants,” and “Moderate your meat consumption, both red and white. Enjoy other sources of proteins such as peas, beans and nuts instead.”

Taking this messaging even further, the WWF in early 2019 partnered with Knorr Foods to launch their campaign and report titled Future 50 Foods: 50 Foods for Healthier People and a Healthier Planet. The list of WWF-recommended foods is comprised entirely of plants: vegetables, grains, cereals, seeds, legumes and nuts from across the globe, and is intended “to shift consumers towards a more diverse mix of vegetables and plant-based sources of protein, and a larger selection of grains and cereals,” resulting in “reduced negative impact on our environment” and “more nutrient-rich sources of carbohydrates to promote agrobiodiversity.”

In 2014, The Sierra Club published a Food & Climate resource in which they stated, “Eliminating or reducing meat consumption in your diet is one important way to reduce your contribution to climate change, since animal agriculture is the single largest source of global greenhouse gas emissions from food production.”

In their “Food Policy” section of this resource, Sierra Club states: “Personal dietary choices that minimize or eliminate meat and animal products should be encouraged, due to their many benefits, including reducing greenhouse gas impacts, water pollution and inhumane treatment of animals.”

And, stepping up their plant-based game in 2019, Sierra Club published an 8-step Ease Into Vegan guide, encouraging readers to “Resolve to make your diet more plant-based in 2019.” Yes! 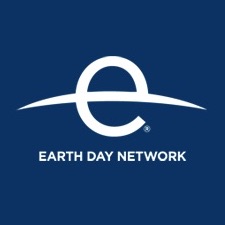 Last but not least: In exciting news, in honor of Earth Day 2019— whose theme is “Protect Our Species”— the Earth Day Network has added “adopting a plant-based diet” to its list of individual actions that have the biggest bang for their buck in terms of helping the environment and the other species we share this planet with.

Their website notes: “A nutritious diet, one that is high in plant-based foods, can help alleviate our impact on wildlife and their habitats. Biodiversity is threatened by animal-agricultural activities; livestock production contributes to deforestation, water degradation due to nutrient pollution and ocean dead zones…. While large-scale changes need to take place to improve agricultural practices, individual changes can go a long way in helping maintain a healthy habitat for local wildlife.

Each one of us has the opportunity to take part in reducing our impact on the earth with every meal. Eating locally sourced vegetables, reducing the amount of meat you consume, and reducing food waste are all easy steps to take that are healthy for us and our planet.”

Check out their microsite, Foodprints For The Future, launched in honor of the upcoming 50th anniversary of Earth Day in 2020.

Earth Day Network is the world’s largest recruiter to the environmental movement, working with more than 75,000 partners in nearly 192 countries to build environmental democracy. More than 1 billion people now participate in Earth Day activities each year.

Like what you’ve read here? Share it on social media and stay tuned as we expand this list of organizations promoting more plant-based diets. Learn more about the diet and climate connections.