Get Your Protein From Nuts, Not Meat Says Major Medical Study 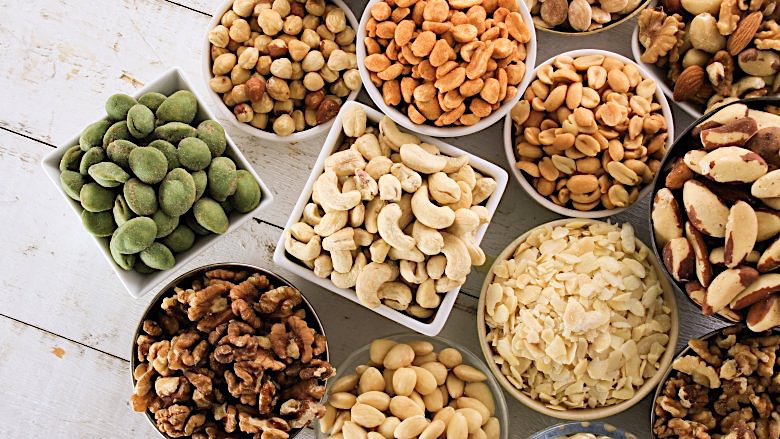 In one of the largest multi-year studies of its kind, a report published last year in the International Journal of Epidemiology looked at more than 81,000 Seventh-day Adventists in the US and Canada, with participants pretty evenly split between vegetarians and meat-eaters. From 2002 to 2007, participants kept records of what kinds of foods they were eating, including how much meat, nuts, grains, fruits and vegetables they were consuming.

Titled “Patterns of Plant and Animal Protein Intake are Strongly Associated with Cardiovascular Mortality: The Adventist Health Study-2 cohort,” the report was a five year collaboration of researchers from Loma Linda University School of Public Health in California and AgroParisTech and the Institut National de la Recherche Agronomique in Paris, France.

Historically, fat and cholesterol have been the major focus when looking at dietary contributors to cardiovascular disease, but study author Dr. Gary Fraser noted increasing evidence that the type of protein consumed— animal or plant— could also be an important risk factor.

“While dietary fats are part of the story in affecting risk of cardiovascular disease, proteins may also have important and largely overlooked independent effects on risk,” Fraser said, adding that researchers have long suspected that nut and seed consumption protects against heart and vascular disease, while red meat consumption increases the risk.

This means that above and beyond the traditionally recognized notion of “bad fats” in meats and “helpful fats” in nuts and seeds, “The full picture probably also involves the biological effects of proteins in these foods,” Dr. Fraser said.

In addition to the harms of animal protein, researchers say the majority of Americans eat too much protein generally and should be eating more plant-based foods and emphasizing intake of other critical nutrients. According to Harvard’s Dept. of Nutrition, while “protein plays many critical roles in our biological functions, optimal performance, and satiety,” Americans are on average consuming nearly twice as much protein as is recommended daily.

In a nutshell: We should be eating less protein, and getting more of it from nuts, which also offer a plethora of other important nutrients. According to the North American Vegetarian Society:

Nuts and seeds are extremely nutrient-dense. They provide generous amounts of calories, fats, complex carbohydrates, protein, vitamins, minerals and fiber. Trace minerals like magnesium, zinc, selenium and copper are important but may be under-consumed in today’s largely processed Western diet, and even in some plant-based diets. Nuts and seeds are a reliable and delicious source of these essential nutrients. Plus, more than just a way to meet basic nutrient needs, nuts and seeds have been shown to protect against disease. Phytochemicals, bioactive compounds that help fight illness, in nuts and seeds include ellagic acid, flavonoids, phenolic compounds, luteolin, isoflavones and tocotrienols. Nuts also contain plant sterols, thought to help keep cholesterol levels in check and reduce cancer risk.

A detailed chart comparing nutrient values of nuts can be viewed at nuthealth.org/nutrition.