The Secret to Farming for the Climate

A major change to how we farm is not only necessary, it’s inevitable. The 2019 Climate Change and Land IPCC report described the need to focus on changing land use and current agriculture practices in order to address the climate crisis. A quiet but growing trend of stock-free, otherwise known as veganic, farming can protect and regenerate the environment, and offer a prosperous economic future for farmers and regions alike.

The agriculture ‘value chain’ (including deforestation, farming, processing, packaging, transportation, and waste) accounts for 25% to 57% of global greenhouse gas (GHG) emissions. Animal Agriculture is a significant portion of that, directly responsible for at least 14.5% GHGs, but indirectly, using a full life-cycle analysis, 37% to 51% of emissions.  Yet climate change strategies have long focused on calls for a reduction and transition away from fossil fuels. Consider this article a sneak peak of a vision for agriculture, one that is not only sustainable, but can meaningfully mitigate climate change, lower land-use, improve biodiversity, and build healthy and thriving communities.

Veganic farming (or vegan organic farming) is broadly defined as the organic cultivation and production of food crops focusing on a minimal amount of harm or exploitation to any animal. It also avoids pesticides, livestock manure, and the use of blood meal, bone meal, fishmeal, or feather meal, slaughterhouse by-products that are regularly used for fertilizer even in organic crop systems.

Instead of implementing monocultures, veganic farming employs polyculture techniques using a variety of plants in the same area to coexist and work with one another.  The vast majority of veganic farming uses no-till practices as well as companion planting to maintain garden insect balance and avoid the need for pesticides. Sustainability and soil regeneration is at the heart of veganic farming.  It can include some or all of these methods of soil fertility maintenance including green manure, vegetable compost, crop rotation and mulching. It also may include hay mulch, wood ash, or composted organic matter like grass clippings, seaweed, comfrey liquid, or nettles. Of note, “stock-free” farms use identical practices as veganic farms, although usually used when it’s mainly an economic versus ethical motivation.

Veganic farming is not new; farming specifically without domesticated animal inputs dates back centuries. The biggest issue with veganic farming is the lack of awareness and communication around this highly sustainable form of food production.  Compounding the issue is that it is a knowledge-intensive practice and requires guidance and support from other farmers. Luckily, the list of veganic farms in North America alone is much bigger than most people realize.  And new certifications for farms like the accredited biocyclical vegan standard are helping to raise awareness of the benefits of this form of cultivation. In addition, this program participates in research projects on humus accumulation and sustainable soil fertility increase through the use of biocyclic humus soil on a purely plant-based basis.

There are many myths that are perpetuated when offering stock-free veganic farming as an alternative to current general farming practices.  It is frequently stated that most animals raised for food are done so on land unsuitable for crop production. In fact, 90% of farmed animals are in factory farms globally (99% in the United States).  And, the idea that poor quality soils can only support animal production is a myth unsupported by evidence. Hardy plants that grow in difficult conditions include leafy greens, fruits, roots, buckwheat, rye, barley, quinoa, and amaranth. These same areas can be rewilded for ecosystem services or carbon sequestration in and above the soil.

Livestock manure is not a necessity for most farms since all the nutrients that the soil needs originate from plants anyway. The claim is frequently made that synthetic fertilizers are the only replacement to “natural” domesticated animals’ manure. However, it should be noted that pulses do not require nitrogen fertilizer because they grow nodules on their roots which attract soil bacteria. This bacteria takes nitrogen from the air and gives it to the pulse plant. Therefore, pulses lower nutrient inputs and carbon emissions.

Pulses not only avoid the use of nitrogen fertilizers, but they even have positive impacts on the environment by increasing soil microbial activity. The unique biochemical composition of pulses has the effect of increasing the number and diversity of soil microbes.

In fact, many farmers who are not even vegan are switching to this style of stock-free farming simply to improve the soil and improve their yield. They do so using varying techniques to balance the soil organically, including the use of mulch, green manure, vegetable compost, and chipped branch wood. This provides food for the multitude of organisms that live within the soil. 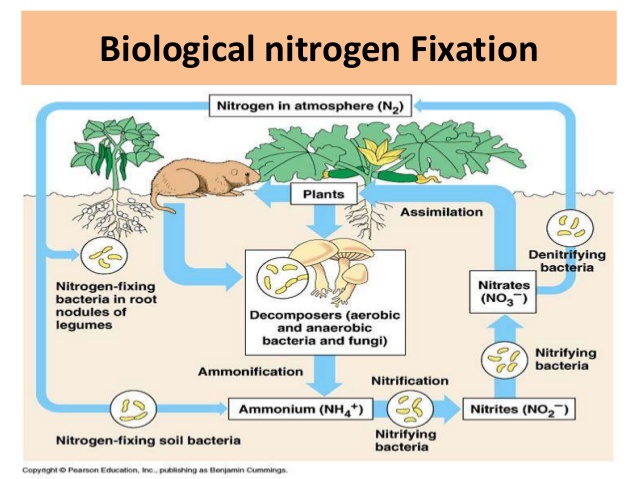 Within intercropping systems, pulses have also been shown to reduce pests, diseases, and weeds. This shows there is no need for using animal manure to build up soil. Green manure, pulses, and other nitrogen-fixing crops could entirely replace synthetic forms of fertilizer use across the entire farming system.

Lastly, one of the biggest myths frequently shared is that veganic farming is not scalable to feed the global population.  It is true that not every acre of land currently used for grazing animals for food, which ranges from 26% to 45% of the ice-free land surface, can be used for veganic farming.  An assessment of this vast amount of land used for grazing farmed animals shows it uses 1.5 times more than all forested land, 2.8 times more than cropland, and 17 times more than urban settlements. What land is actually suitable for crops is beside the point as there’s only a small fraction of it actually needed to feed the world. Animal agriculture currently requires 83% of global agricultural land in order to return a mere 18% of human calories.  In the United States alone, 70% of grains, 70% of soy, and 60% of corn production is fed directly to livestock. Plant-based farming is already scalable but the vast majority of crops are inefficiently fed to livestock. For every 100 calories of grain fed to farmed animals, we only get 40 calories of milk, or 22 calories of eggs, 12 calories of chicken, or 10 calories of pork, or 3 calories of beef. This is an extravagantly inefficient way to feed the world.

A shift of even a small percentage of this agricultural land to veganic farming polyculture methods, and used directly for feeding humans, is a much more efficient and scalable form of farming.  The Intergovernmental Panel on Climate Change (IPCC) agrees, as shown in their 2019 IPCC report in the chapter focused on food-security where they concluded: “Where no animal products are consumed at all, adequate food production in 2050 could be achieved on less land than is currently used, allowing considerable forest regeneration, and reducing land-based greenhouse gas emissions to one third of the reference “business-as-usual” case for 2050.”

Tolhurst Organic in Reading, UK is one of the longest established organic vegetable growing businesses in the area. It is a veganic farm whose methods sequester carbon much better than using manure as soil.  They use green manures including red, white and crimson clover, vetch, and lucerne. They also use a woodchip derived-locally sourced organic compost. This farm is building organic material long-term through plants, increasing soil health, carbon sequestration, and biodiversity, all without domestic animal inputs or synthetic fertilizers.

Maryland, U.S. grain grower Heinz Thomet of Next Step Produce is showing that the real and best form of regenerative agriculture is plant-based.  Instead of manure, Thomet uses compost made from hay, straw, and leaves. Through a system of compost application, crop rotation, cover crops and mineral balancing, Thomet has successfully regenerated the soil on his farm that was depleted by years of conventional tobacco farming.

In an urban setting in Detroit, Earthworks partnered with a soup kitchen and food bank educating and inspiring the community while growing 14,000 pounds of vegetables on 2.5 acres. They return nutrients back to the soil, regeneratively. And they use vegetable compost.

Will Bonsall and Molly Thorkildsen have operated the Khadighar Farm near Farmington, Maine for the past 25 years, using exclusively veganic methods for the past 20. Out of concern for the industrialization of agriculture and the environmental harms of animal agriculture, Will operates his farm using only veganic methods like green manure. He’s also renowned for his seed-saving to protect the genetic diversity of crops. 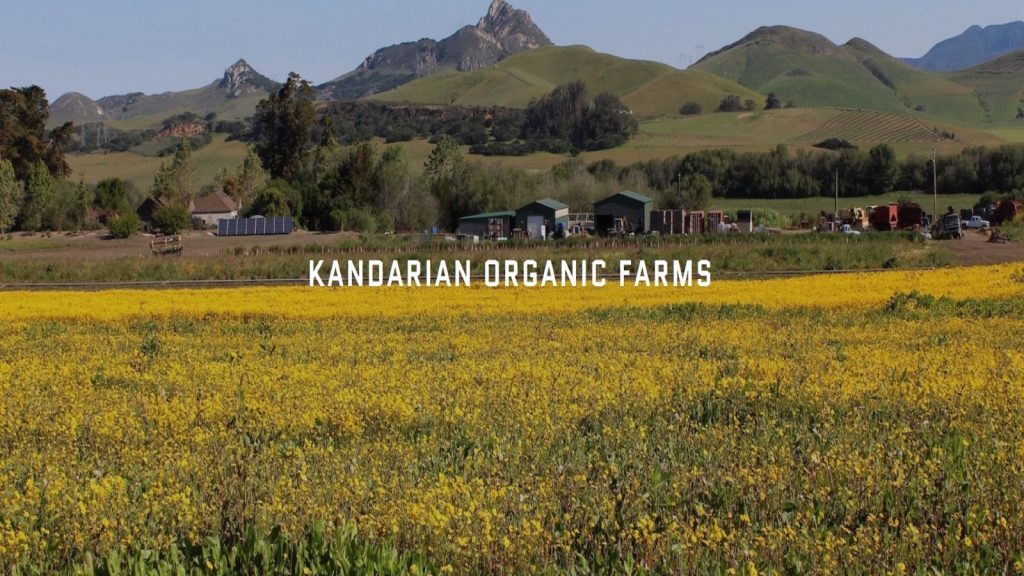 As previously mentioned, there are also many farms that grow using stock-free and organic methods, that don’t technically label themselves as veganic. Kandarian Organic Farm in California is organic and stock-free, with a closed-loop system built around nurturing the soil. Larry Kandarian grows a polyculture of legumes and ancient grains that regenerate the land and yield 50,000 pounds of food per year on 130 acres of land.

Lastly, Singing Frogs Farm in Sebastopol, California, boasts $100,000 in income per acre. They are a high compost farm using green vegetable composting, and have quadrupled their soil organic matter without nutrient leaching.  They’ve also nearly tripled total microbial life in their soil, all without tilling. While they don’t operate fully veganic, they are a great example of one striving to be very close to veganic.

The Case For Governmental Support

Veganic farming is happening all over the world and is a major solution to our unsustainable food production system.  As mentioned, there are many more farming projects that are regenerative and stock-free but are simply not operating under a veganic farming label. An overall reconfiguration of the agriculture sector is needed, and the scientific consensus points to a shift away from meat and dairy production towards pulses (including beans, peas, and lentils), grains, fruits, vegetables, nuts, and seeds as the solution to minimize environmental burdens. 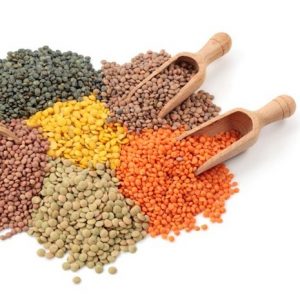 Global demand for plant-based proteins like peas, beans, and lentils has grown exponentially in the last few years.  There’s also been a spike in interest in nuts and seeds like chia, hemp, flax, sunflower, and quinoa, as well as grains like wheat, oats, spelt, teff, and millet.  There are tremendous advantages to growing any of these, which can provide opportunities to farmers in all regions of the world—warm or cold. Pulses can play a major role in addressing climate change, and beans, lentils, and peas are inexpensive, low-fat sources of protein, fibre, vitamins, and minerals.

There is a strong, sustainable business case for an entire shift of the food industry towards viable alternatives, including various forms of veganic farming. Efforts by government and agencies to take leadership in helping farmers transition their current animal focused operations to sustainable plant-based farms is required. This style of farming creates opportunities beyond GHG emission decreases, and into the areas of land restoration, carbon sequestration, biodiversity improvement, and the reduction of environmental degradation.